Estrogen is a naturally occuring element, one that is needed by the human body for basic functions like reproduction. While small amounts are critical to healthy human development, too much estrogen has been linked with many health problems including premature breast development (or breast development in men), PMS, endometriosis, fibroids, cancer and pregnancy complications among many other issues scientists are just discovering.  For example, women undergoing estrogen-driven breast cancer are cautioned against eating foods containing Soy, but could the sources of estrogen in our environment have an even greater impact on our hormone health?

The sources of estrogen continue to increase in our diet and environment, as many manufacturers infuse food products and supplements, even fabrics with phytoestrogens (plant material that contains estrogen or stimulates estrogen production). In addition to naturally occurring forms of estrogen, we are bombarded with synthetic materials that also mimick the hormone effects of estrogen. These unnatural substances are called xeno estrogens or Environmental Estrogens.

Xeno estrogens cause the body to react as if it was stimulated by natural estrogen but xeno estrogens are not readily identified and eliminated by the body. These fake estrogens are stored in fatty tissues, the brain, and even passed on from mother to child in vitro. They’ve even beeen linked with negative affects on metabolism and may contribute to obesity. Recycled water used from public municipalities is retaining these unnatural hormones as well. A recent study found crops sprayed with recycled water actually draw in the hormones along with pharmaceuticals and other man-made materials and end up in the plant leaves and produce that could eventually be consumed by humans.  This mess is only getting larger as the population grows and pharmaceutical companies and manufacturers continue to produce these substances.

Together, we can reduce the amount of estrogen-mimicking subtances

just by voting with our dollars when we purchase (or choose not to purchase) those items at the grocery /pharmacy/convenience store. Combined with endocrine disruptors (also called Endocrine Disrupting Chemicals) like BPA, DDT (still showing up in human blood and urine),  and ingredients from synthetic fragrance, xeno estrogens may be creating a problem larger than anticipated.

Here are 13 sources of estrogen (natural & xeno estrogens) that you can easily avoid or trade out for more earth & people friendly versions.

1. Soy There have been two camps in the Soy debate. Those claiming the positives often aim the benefits at menopausal women. If menopausal women can get relief from hormonal imbalances from Soy, what are the impacts on tiny babies and men?  Further, more doctors and researchers are finding that simply increasing estrogen may not be the most effective way to deal with female issues without consideration to other hormones in the full spectrum of human chemistry including progesterone. The term Estrogen actually refers to several types of “hormones” including estradiol, estriol and estrone and each can vary in levels from person to person.  It’s estimated that currently, 1/3 of American baby formulas contain Soy.

While some sources will indicate that Beans, seeds, some vegetables like broccoli, kale, brussel sprouts  and many other natural plants will have estrogenic effects (High on the list are chickpeas, flax seed and fennel)  these forms seem to assist in the movement of estrogen throughout the body rather than increase it’s production of estrogen as with soy and soy isoflavones. There is not consistent information as to how much estrogen may be supported from these foods and the research leans more towards supporting healthy estrogen levels rather than pushing them to unnatural points.

2. Propal gallate (preservative to keep fats from going rancid) It can be found in many processed foods including microwave popcorn, soup mixes and even chewing gum. It may also be identified as E310. Read your labels and avoid these products to be safe.

3. 4-hexylresorcinol  Also named “EverFresh”, this substance is used as a preservative in shellfish and to protect against discoloration as described by fish handling practices.

4. Genistein is a naturally occurring substance in soy, fava beans and other foods. Manufacturers have developed techniques for isolating the Genistein component often by solvent extraction so it can be used individually in consumer goods, mainly pharmaceuticals and nutritional supplements for conditions like arteriosclerosis, cancer and irregular blood sugar levels. While genistein is naturally occurring, it is listed as a food additive since it has been isolated and manipulated so it is not part of the whole plant it comes from (not unlike other manipulated substances like limonene, aspartame). It is often found in supplements and pharmaceuticals for many things including heart and prostate health.

5. Phthalates have been banned in children’s products, but have now migrated into the food industry via plastic tubing and packaging used in food processing. Milk has shown the largest migration of Phthalates into supplies showing us that this class of chemicals is not going away any time soon. Phthalates can also still be used in adult goods including plastic shower curtains and vinyl flooring. Surprisingly, though these have been banned in baby products, they have been found in a great number of Halloween Costumes. 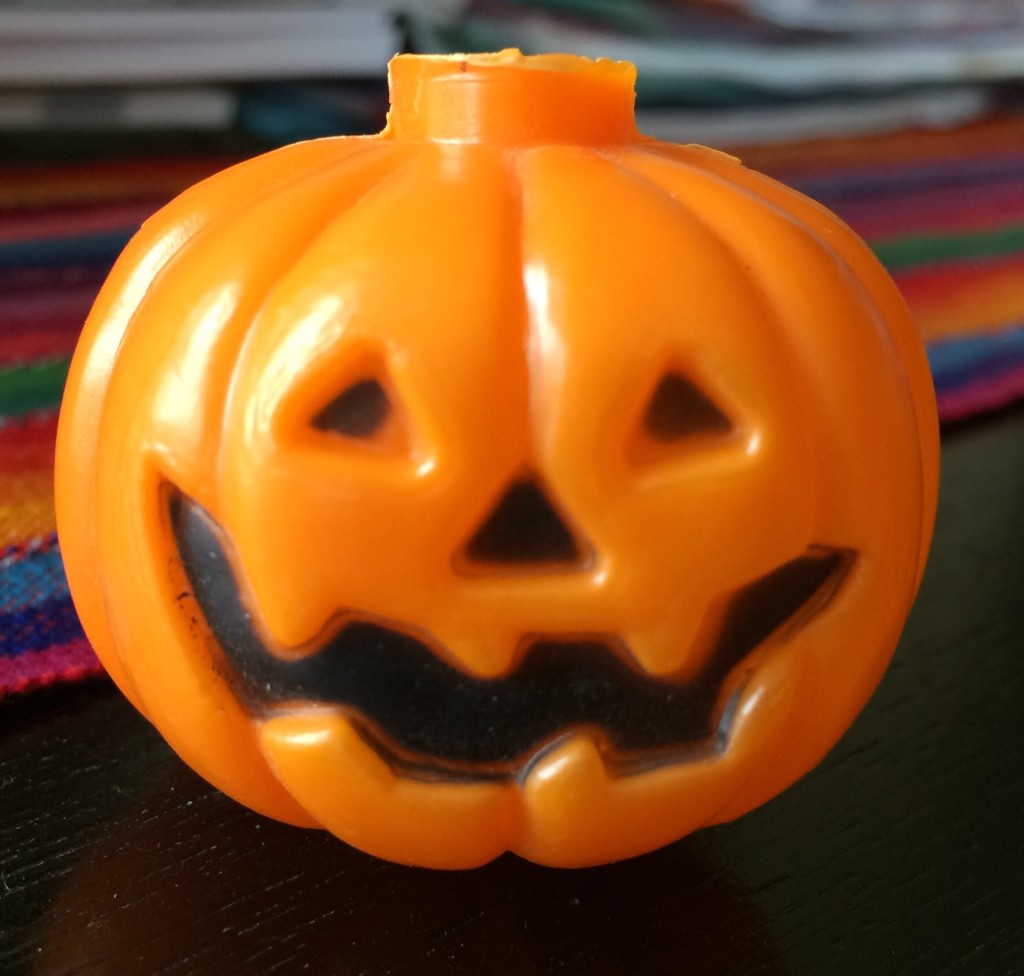 6. Perfume ingredients: Synthetic musks used in fragrance disrupt the endocrine system and estrogen levels (Rimkus 1996; Liebl 2000; TNO 2004, 2005; Hutter 2005; Lignell 2008). Most recently, Not So Sexy was published, a 40 page finding on the hormone disrupting “Secret Chemicals” in our perfume and body care products.

7. Triclosan found in anti-bacterial soaps, has been banned in many countries including the EU and Canada as well as Minnesota (though the ban will first go into effect in 2017) but the FDA continues to research whether they feel the chemical is truly harmful. Many other independent groups continue to find harmful effects of Triclosan including it’s negative estrogenic effects and potential to decrease estradiol and detrimental effects on a developing fetus. 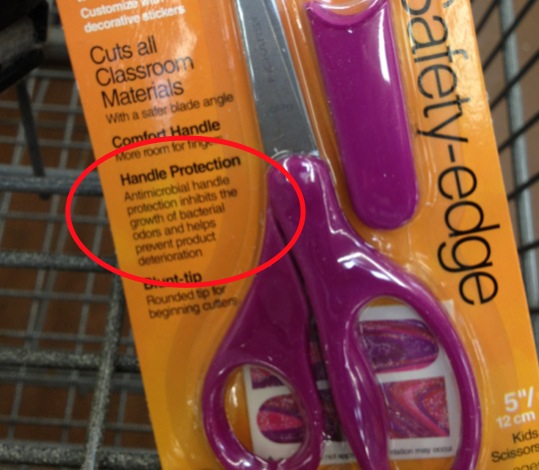 8. Parabens – methylparaben, butylparaben,benzylparaben, isopropylparaben, ethylparaben are used in cosmetics, lotions, fragrances, cleansers, shampoos and many other body care products. They have been given limited use in children’s products, but continue to be used in adult formulations. Parabens have been linked with endocrine disruption and negative affects on reproductive hormones.

A study that just came out in August 2014 in Germany, found that 7 out of 10 deodorants tested positive for triggering estrogenic activity (they tested 25 different deodorants from 10 different manufacturers). The study found that spray deodorants exhibited the highest concentrations. 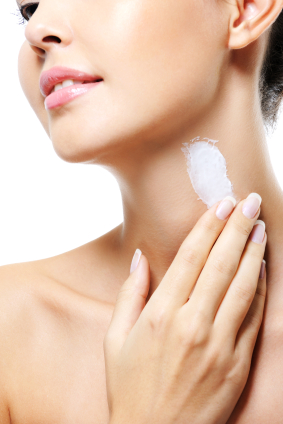 9. Plasticizers in plastic bottles & bags will be around a long time. The chemicals in plastics (unless they are derived from plant material like corn tops called PLA or Polylactic Acid which do break down into the soil) will be here a long time, decades of toxic plastic are still found in our waterways, the ocean and making their way into human cord blood. Skip all plastic when possible and instead use natural materials like paper, wood and fabric. Remember that Polyester is just plastic fabric, spun into fleece fabrics. If you need some ideas, check out 12 Clever Ways to Replace Plastic.

10. Plastic Water bottles create an environment where water will absorb xeno estrogens. One study in 2009 found that estrogen levels were double that of water in glass bottles. Heat exposure increases the migration of chemicals into the water. Instead of drinking water from plastic water bottles, opt for stainless steel or glass. More manufacturers are moving towards plant based plastics that may contain fewer hormone disrupting chemicals, but there is not a lot of research on the safety of these materials yet.

11. Oral contraceptives don’t just affect the women who take them, the effects are hitting our environment and water supply more than we know.  Excess hormones are excreted into the urine where they then enter the system through waste water. Many cities do not even test for the presence of these chemicals, let alone do anything to remove them. Take the safest course and drink purified water, especially if you have city water as your main supply.

12. Pesticides continue to affect humans, either by ingestion, contamination through soil and water or by inhalation and skin contact. (DDT, methoxychlor, hexachorabenzene -HCB to name a few) another reason to Eat Organic :). There is a whole class of pesticides labeled as Endocrine Disrupting Chemicals (EDC’s) with residue found on many types of foods including meats, fish, apples, tomatoes and other soft fruits. This is the time to eat local, know where your food is coming from so you can ask intelligent questions about the foods you are purchasing. Purchase foods that are least likely to have pesticide residue and only organic for those commonly sprayed with chemicals.  Consult EWG’s consumer guide to safe foods for your next trip to the grocery store.

13.  Birth Control Pills are not just affecting estrogen levels in the woman taking them, these pharmaceuticals are contaminating our public water supplies with hormones. City water supplies have shown the presence of estrogenic hormones, and recently those same chemicals were found in the waterways of a popular South Carolina park.  Excess hormones in  Birth Control Pills are excreted into a woman’s urine where they enter the water supply. Sewage treatment plants were found to only remove a fraction of these substances, including pharmaceuticals used for epilepsy & diabetes.

14.  BPA is still around. Bisphenol A is a chemical used in the production of many plastics.  It was limited for use in children’s travel cups and baby bottles, but the FDA still allows it in a host of consumer products, including CD’s, water bottles, dental implants and even cash register receipts. A most recent study found that when combined with hand sanitizer and greasy foods (like french fries), you’ll get a super dose of BPA in your body that can be recorded up to 90 minutes after ingestion. The chemicals from the hand sanitizer act as a carrier, delivering the estrogenic ingredient all through your body. This should not be surprising, however, since we already know that substances can be absorbed via the skin as in the case of many drug skin patches.

Do do any of these sources surprise you? What have you done to reduce the amount of estrogen in your environment? Every little bit that we all do will have a huge impact on all of us!