These statements have not been evaluated by the FDA and are not intended as diagnoses, treatment or cure for any disease. If you have any medical issues see a doctor. 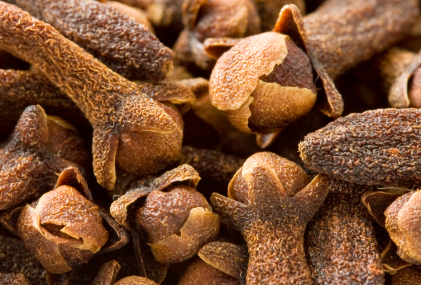 Many have been devastated from the flooding along the East Coast and  what we’ve seen and heard is just the beginning.  While the initial storms of Hurricane Sandy caused destruction to buildings, power sources and the loss of many lives, the clean up and aftermath is likely to be the most costly in American history.

Bacteria in the Air, Food and Water The days and weeks to follow are just as dangerous for victims of the storm, as they encounter stagnant waters mixed with sewage and chemical debris.  Experts are cautioning people to stay clear of flooded areas to avoid exposing themselves to harmful bacteria and waste.  It may take longer than expected to clean up and protect many.  Take initiative yourself to protect you and your family, even your pets to lessen your chances of falling sick from exposure to the toxic residue left behind after the water recedes.

Disinfecting Your Home Doesn’t have to involve Harsh, Toxic Chemicals  Since many of the bacteria in the water can easily become airborne, it’s important to protect the air you are breathing.  When you diffuse essential oils, you are disinfecting the air without harmful chemicals that can irritate your respiratory tract.  If you have not begun using essential oils to keep yourself healthy, now is the time to add them to your arsenal of natural protection.  Essential oils do not interfere with the effectiveness of antibiotics either and may actually enhance their effects if integrated early on.  Essential oils can also provide powerful protection against water and airborne bacteria from flooded areas.  They can kill harmful bacteria in clean up efforts.  I only recommend Therapeutic, Food-Grade Essential oils for serious situations like Hurricane Sandy clean up.

Abstract: Cinnamic aldehyde has been identified as the active fungitoxic constituent of cinnamon (Cinnamomum zeylanicum) bark oil. The fungitoxic properties of the vapours of the oil/active constituent against fungi involved in respiratory tract mycoses, i.e., Aspergillus niger, A. fumigatus, A. nidulans, A. flavus, Candida albicans, C. tropicalls, C. pseudotropicalis, and Histoplasma capsulatum, were determined in vitro as minimum inhibitory concentration (MIC), minimum lethal concentration (MLC), inoculum density sustained, and exposure duration for fungicidal action at MIC and higher doses, as well as effect of incubation temperatures on fungitoxicity. It is concluded that these inhalable vapours appear to approach the ideal chemotherapy for respiratory tract mycoses.

Abstract:Previous work indicated that cinnamon was inhibitory to the growth of aflatoxin-producing molds. The objective of this study was to determine the specific components of cinnamon and cloves that may be effective against mold growth and toxin production. The effects of cinnamon oil, clove oil, cinnamic aldehyde and eugenol on growth and aflatoxin production by Aspergillus parasiticus were studied using yeast-extract sucrose broth as the substrate. All four substances inhibited mold growth and subsequent toxin production. Cinnamon and clove oils were inhibitory at 200–250 ppm, cinnamic aldehyde at 150 ppm and eugenol at 125 ppm. Since cinnamic aldehyde and eugenol are the respective major components of cinnamon and clove oils, it was concluded that these are the major active antifungal ingredients of these two essential oils. The inhibitory effect of these substances was judged to be inhibition of growth rather than of toxin production. When growth occurred after a delay, aflatoxin production occurred when the cultures reached secondary metabolism. Given sufficient time, cultures which were inhibited initially, but which subsequently grew, produced toxin levels equivalent to control cultures. Levels of the oils above 250 ppm and of cinnamic aldehyde and eugenol above 200 ppm completely inhibited mold growth, or permitted only a small amount of growth that never reached secondary metabolism and never produced aflatoxins during the time of this study.