What Secret Ingredients Are In Your Organic Butter?

Shopping for organic foods has fallen on the defense for consumers as we need to be pro-active in finding truly pure products. For decades, the Organic Foods Industry has been self-regulating industry, but recently has come under guidance of the USDA. Some are not sure this has been the best step for really protecting consumers from harmful ingredients. There are three simple steps you can take to make sure your family is still getting the best and purest foods you can. If you already understand the “whys” jump below for 3 action steps you can take to protect your family.

But first, let’s look at why we need to be more pro-active: Some might say that more government involvement is good. On the other hand, many have seen corporate ties with government bodies resulting in far too many conflicts of interest in passing legislation, approving drugs and opening up trade where there are financial benefits to the parties involved. One example of this is legislation that has been passed in many states preventing any future bans of genetically modified seeds.

There are too many loopholes and not enough checks and balances within the industry to prevent companies filling products with non-foods or unsafe ingredients that are adding up to negative impact on our health in the long run.  Just buying organic isn’t enough, as some companies are putting inferior ingredients in those products.

One example is Soybean Oil, it’s one of the most genetically modified ingredients and soybean oil is showing up in almost every consumer good include salad dressings. That’s the reason we make DIY salad dressing, super easy. How about a little Round-Up residue on your salad? No thank you! 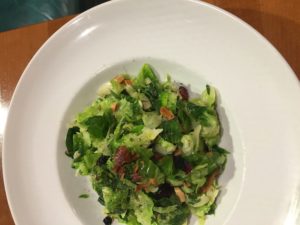 Glyphospate is the generic herbicide/chemical that makes Round-Up effective. What’s wrong with Glyphosate? It’s been linked to kidney problems, digestive problems, estrogen disruption and even found to accelerate growth of breast cancer cells. It’s residue has been found on Organic foods including Oats which may land in your baby’s food. You can read about other places it’s been found in this report.

Aside from genetically modified ingredients, manufacturers are putting secret ingredients in their products, even Organic Butter and Tea. I’ve had many conversations with manufacturers the past several weeks asking for more details of what is in their “natural flavorings”. I was told by all of them that they will not disclose information because it is a “proprietary blend”. 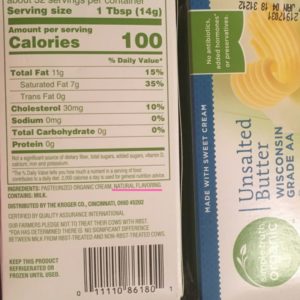 We know that perfume manufacturers have been doing this for over 50 years and only after detailed testing have some consumers realized what they are really spritzing on themselves: Hormone, thyroid and neurological disrupting ingredients under the labels of “perfume”, “fragrance” and “parfum”. This practice has now shifted to our food supply where it’s not an easy task to find wholesome, pure foods. Here are some steps you can take to make the purest choices for your family all year round:

Check out my newest book, Two Inches of Wool, The Simple Art of Self Care for some simple DIY recipes to get started. Some of the most chemical filled foods we have are soups, snacks and baked goods and these are super easy to make yourself with the right recipes. The guide is filled with over 300+ healthy living tips including my favorite simple recipes for kitchen and home spa. It’s the perfect gift for yourself or to share with someone you care about. Get healthier with a friend or your family this season and pick up a copy at Amazon. 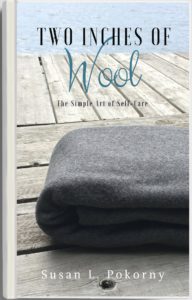